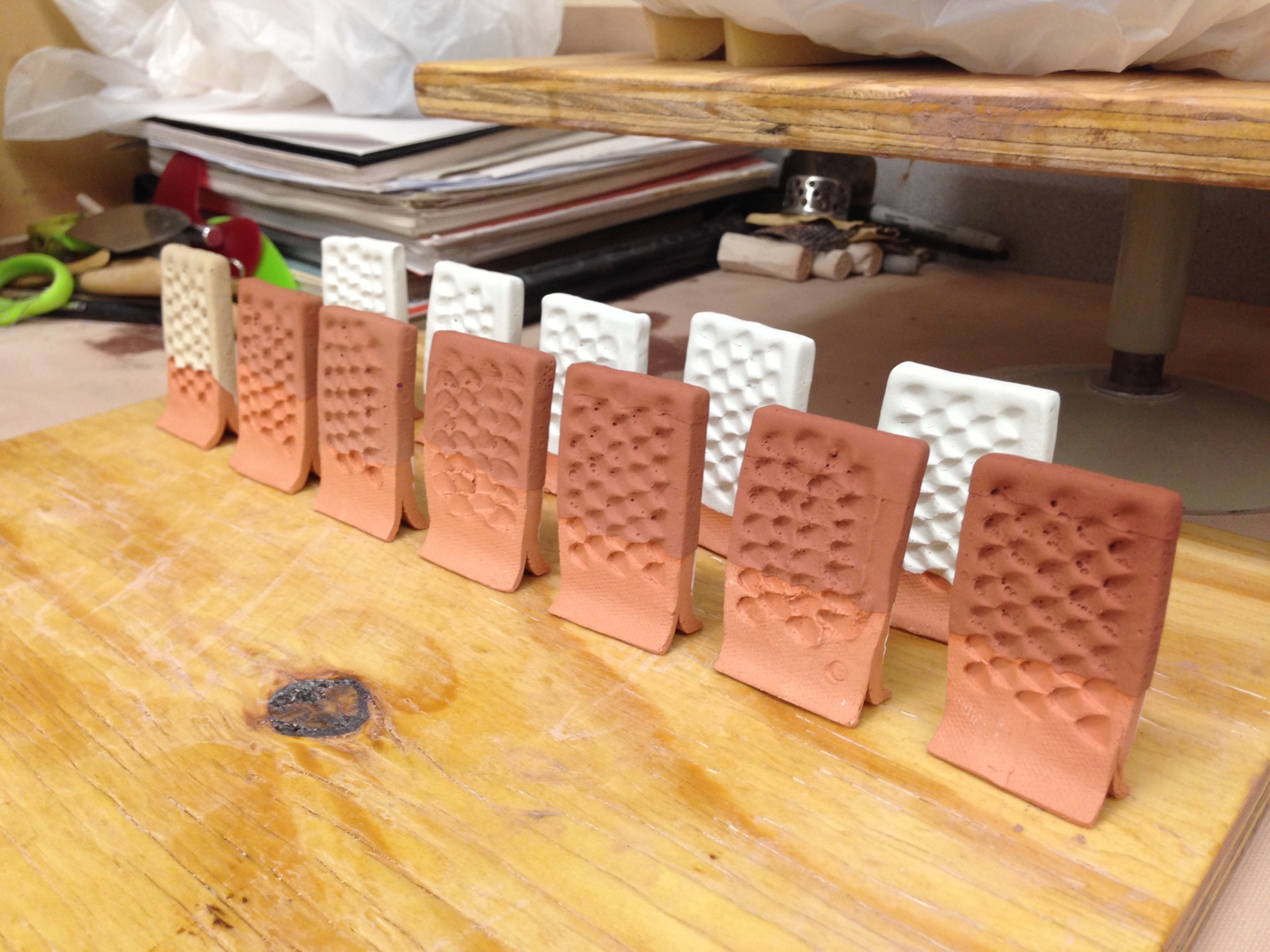 This week has not been terribly productive. Second guessing my form and surface choices has really dammed up my flow – but the most important thing is completing them regardless.

I tested two glazes this week. One is a simple glossy opaque, which turned out really nice with copper carbonate. It breaks well over the dark clay and its going to be a great glaze for my functional forms. I’m going to test it with both rutile + copper this week, in order to create a more complex color.

The second is called Jen’s Juicy Fruit, which is a runny glaze with a lot of color variation. My plan is to use a few color versions on my tall sculpture, so that it can run and interact down the spirals. I tested a combination of rutile and red iron oxide, which shows up nice(ish) on the white side of my tiles, but on the red side it looks less like Jen’s Juice Fruit and more like Lalana’s Garbagefruit – my clay is really high in iron already, and it did not interact well. I’m going to kick the iron and try some other colorants, because I think it still has potential to be juicy. Prepare to cringe: 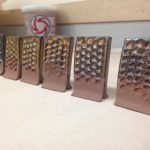