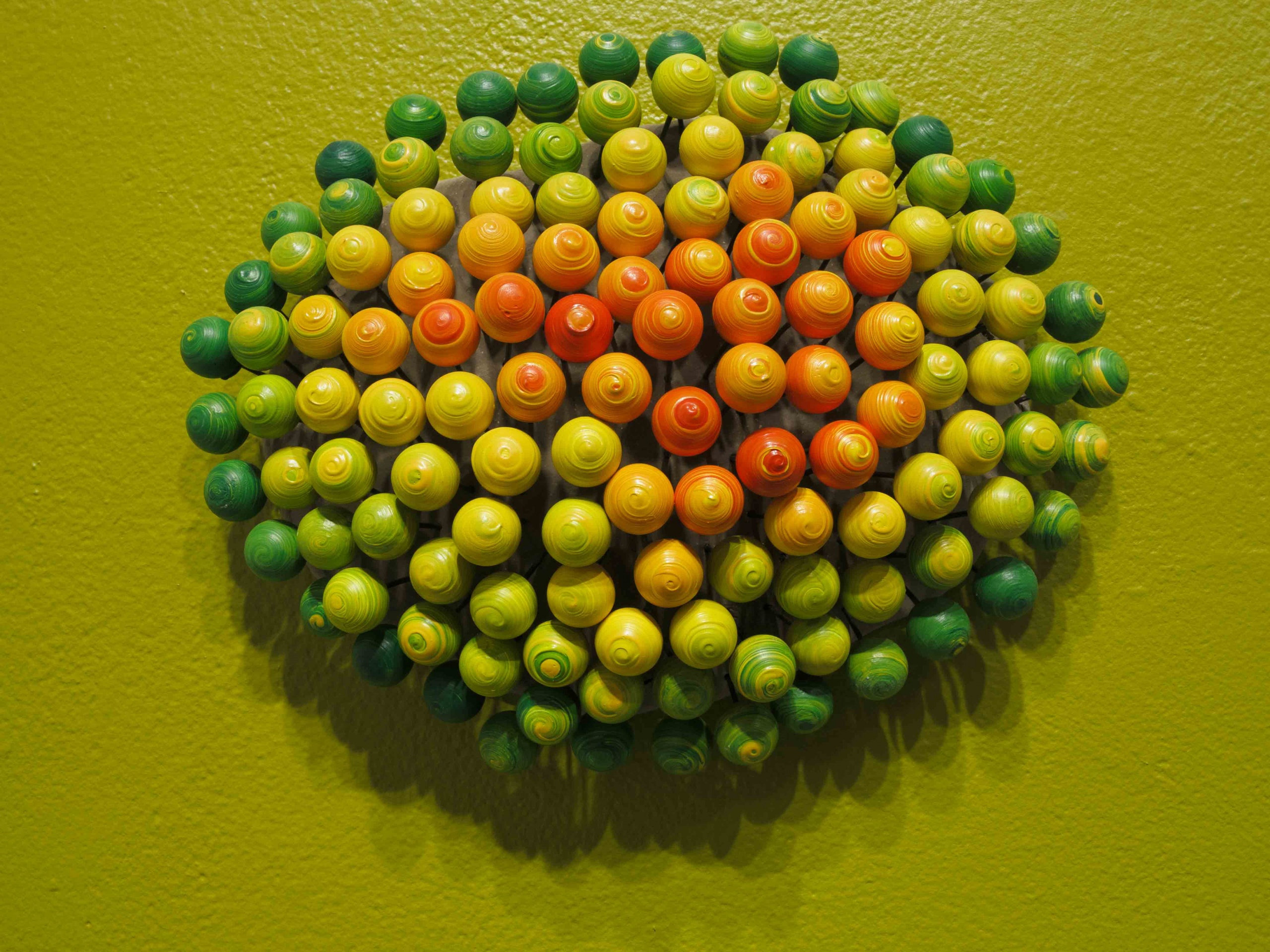 Hello frens, this week I have photos of the installation I did in the SpaceLab using paint, plaster-cast spheres with wire AKA LOLLIES, acrylic paint, and raw clay. I had so much fun putting it together and had a good BFA crit with lots of helpful feedback! 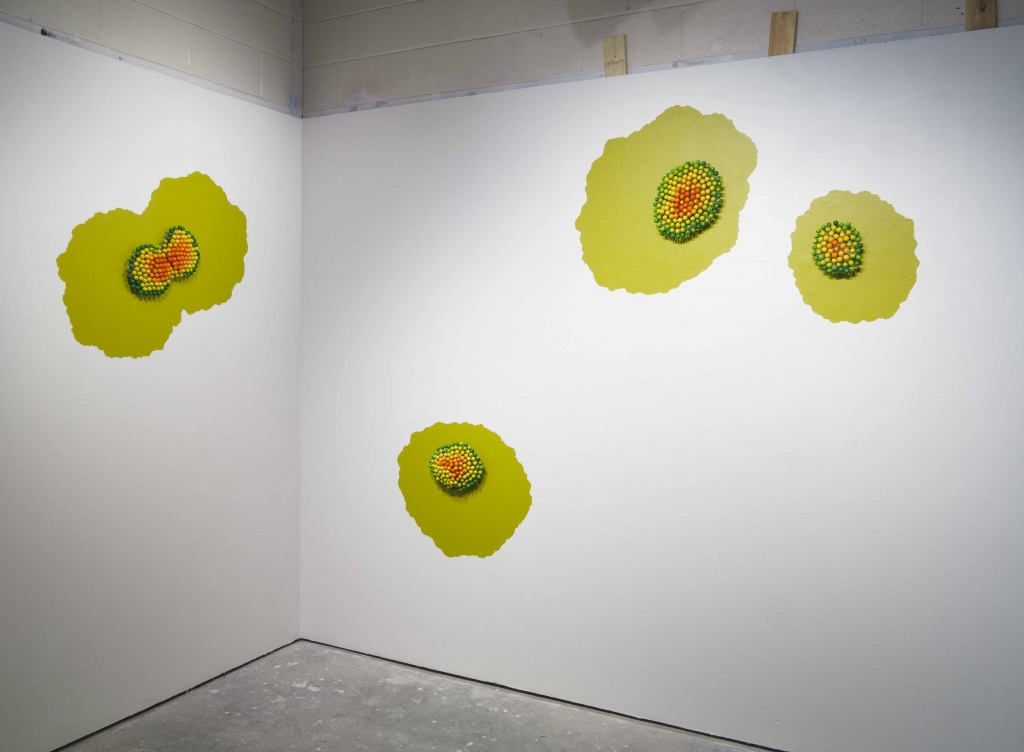 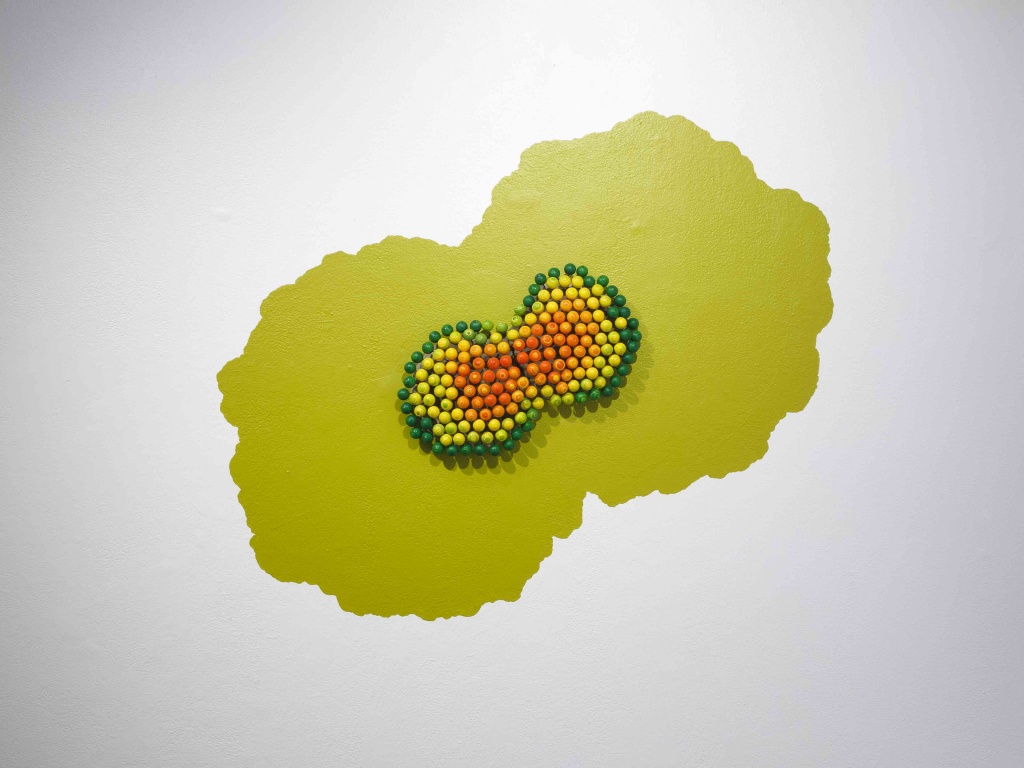 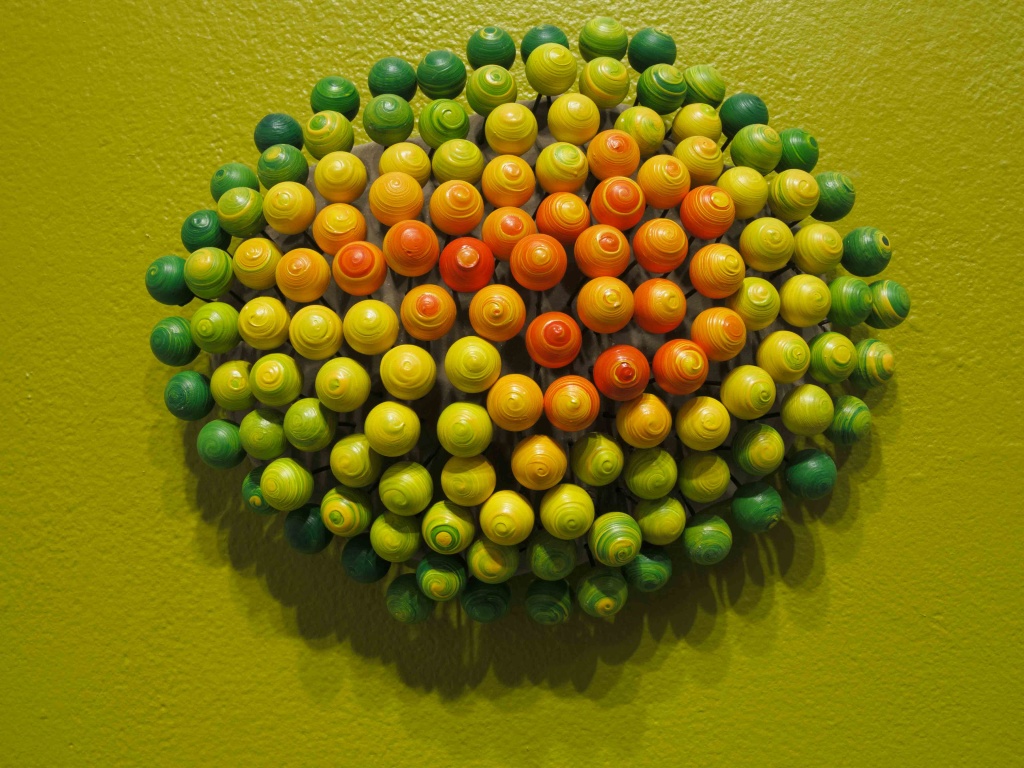 Tearing that sucker off the wall was p satisfying too.

Other thangs in the works are making glazing mechanisms and glazing these coil pieces, they’re finished with two different 04 glaze treatments, one on the coils and one on the smooth surfaces. I finally got the first two loaded and firing – ALTHOUGH I did try and patch several broken coils with raw paper clay – it’s worked before but who even knows, its time to let Jesus take the wheel. 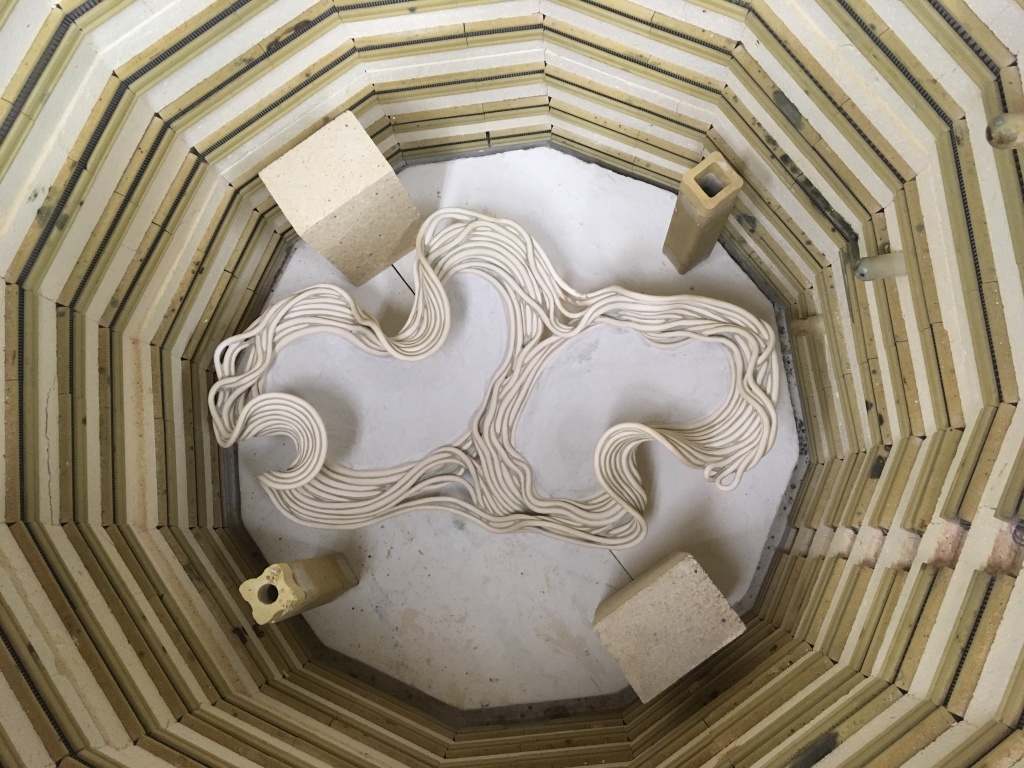 I also glazed a few coiled cups for the cone 10. ALSO I shattered a handle on an already twice-fired coil cup (in gas-soda and again in gas) but I really like the cup so I glued it back together with E6000, dipped the handle in more glaze, and chucked that bad boy in there too. Sometimes you gotta just wing it. 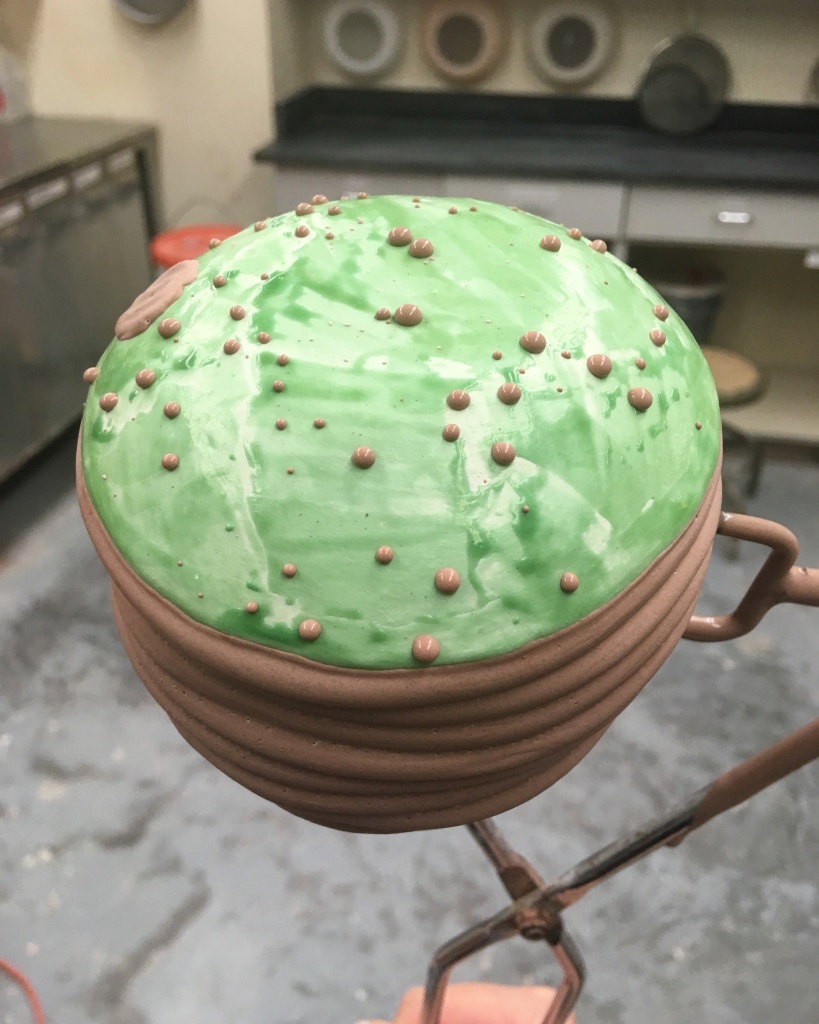